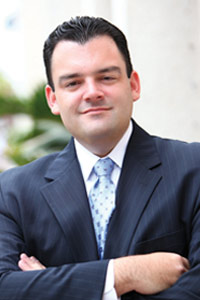 Pablo S. Quesada focuses his practice in the areas of corporate, real estate and international law, including mergers and acquisitions, private equity transactions, stock and debt issuances and offerings, financing and lending transactions, domestic and international commercial transactions, and other general transactional matters. Mr. Quesada has extensive experience in matters affecting corporations, limited liability companies and partnerships, and in manufacturing, distribution, licensing and technology-related transactions. In addition, given the litigation and trial experience gained by Mr. Quesada early in his career, he provides his expertise in the corporate arena to assist in the handling of complex commercial litigation matters involving corporate, stockholder and/or board governance issues. Mr. Quesada also serves as General Counsel and is a director for one of the largest U.S. military apparel manufacturers.

Prior to forming SMGQ in 2006, Mr. Quesada served as Regional Counsel for VISA’s Latin America and Caribbean Region, providing legal counsel to all business units at VISA’s Regional headquarters in Miami, and its sub-regional offices in Chile, Mexico and Venezuela. Mr. Quesada was responsible for advising all levels of management on legal issues affecting their business areas, the interpretation and application of domestic and foreign laws and VISA’s internal rules and regulations.  In this capacity, he further advised on numerous regulatory matters including privacy and consumer laws and data breach obligations. Prior to joining VISA, Mr. Quesada was a corporate and securities attorney with K&L Gates LLP, one of the 10 largest U.S. based international law firms. While at K&L Gates, Mr. Quesada serviced one of the country’s largest privately owned companies, and was primarily responsible for its major transactions, as well as its day-to-day corporate, contractual and transactional legal needs.