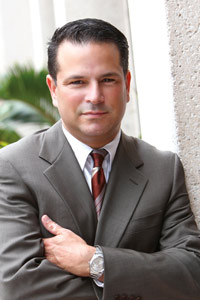 Gustavo D. Lage is a partner who focuses his practice in the areas of criminal litigation, civil litigation, and commercial litigation. Mr. Lage, a former prosecutor, has extensive experience in the litigation of disputes through trial. He has tried in excess of 25 cases to verdict and represented a variety of clients ranging from large multi-national corporations such as Ford Motor Company and General Motors, to professional athletes such as former Major Leaguer Jose Canseco and former NFL player Wesley Carroll, and individuals and families in wide range of litigation matters.

Prior to becoming a member of SMGQ, Mr. Lage was a prosecutor at The Miami-Dade County State Attorney's Office before he joined the insurance and civil litigation firm of Rumberger, Kirk & Caldwell, P.A. Mr. Lage left Rumberger, Kirk & Caldwell to become a partner in the firm of Salas, Ede, Peterson & Lage, LLC, where he practiced from 1998 until 2007. In 2007, Mr. Lage left Salas, Ede, Peterson & Lage, LLC to form his own firm, The Lage Law Firm, P.A., where he successfully managed his own practice until joining SMGQ in 2009.

Mr. Lage is admitted to practice law in all Florida state courts, as well as the U.S. District Courts for the Southern, Middle and Northern Districts of Florida.