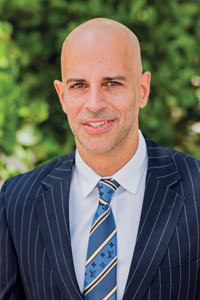 Augusto R. Lopez is a partner who focuses his practice on commercial litigation, civil litigation, and intellectual property matters. Mr. Lopez has extensive experience in commercial litigation, having successfully represented some of the largest real estate developers in South Florida -- including The Related Group, Sergio Pino and Century Builders, GREC Home Builders, Adrian Builders, David and Pedro Martin and the Terra Group, and Michael Belfonti and The Belfonti Group, as well as publicly traded entities such as MasTec, Inc. -- in litigation matters involving hundreds of millions of dollars in credit facilities, interest rate swaps, collateralized debt obligations, and/or stock purchase agreements, as well as hotly contested joint venture disputes and other complex commercial litigation matters.

In addition to his Juris Doctorate, Mr. Lopez also obtained a Master of Business Administration degree, and before dedicating himself to the full time practice of law, was a successful entrepreneur who started, grew, and ran a rum and spirits business in the Dominican Republic. Mr. Lopez and his partners were responsible for all aspects of the business, including international sales, supplier relations, financial management, product design and packaging, product marketing, and operations. In addition, Mr. Lopez served as the company’s in-house legal counsel, addressing all of the firm’s transactional, employment, and intellectual property issues (including, in the case of the latter, prevailing over Bacardi, Inc., with respect to the registration of two contested trademarks).

After succeeding at placing the company’s brands in over 17 countries throughout the world, Mr. Lopez moved back to the United States and started a spirits import and marketing firm, growing that company and its brands into a dominant player in the South Florida market. Subsequently, Mr. Lopez sold the U.S. import and distribution rights to the firm’s brands to a third-party and began practicing law full-time, dedicating himself to representing clients in the world of international and domestic commerce and business with which he was, and is, so intimately familiar.