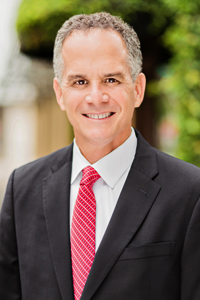 Carlos A. García-Pérez, a partner in the Firm, brings over twenty years of experience as a trial lawyer, media executive, and media entrepreneur to clients, including several Fortune 500 companies, in the Americas. This professional foundation gives him a unique perspective to analyze each client’s situation and recommend a decisive course of action because not only he has the knowledge of the law, but also he has been in the client’s position of seeking expert advice.

Mr. García-Pérez had a twenty-year tenure as trial lawyer for one of the most prestigious law firms in Puerto Rico: Goldman, Antonetti & Córdova. He represented corporate clients based in the U.S. and across Latin America in complex, cross-border litigation cases including issues such as distribution, franchise, contract, copyright, and trademarks disputes thus obtaining invaluable insights into the business world. He seamlessly shifted between languages and cultural settings demonstrating his top-notch communication capabilities in English and Spanish as well as his capacity to adapt to regional cultural nuances across Latin America.

As Director of the Office of Cuba Broadcasting, better known as Radio and TV Martí, for a period of five years, Mr. García-Pérez was instrumental in turning Radio and TV Martí into an asset that shaped U.S. foreign policy toward Cuba and brought balanced, accurate, non-propaganda news to 11 million people living in their homeland. At that time, the industry was undergoing seismic changes due to technological developments and a period of deep changes of the United States policy toward Cuba and Latin America.

As CEO and Co-founder of Six Media, Mr. García-Pérez encountered the challenges and rewards associated with a start-up. Six was a mobile-first media distribution platform that offered users six unique, professionally curated, perspectives sourced from within and beyond a user’s established boundaries. As an entrepreneur, he gained first-hand know-how of what it takes to convert an idea into a revenue source from an owner’s perspective.

When Mr. García-Pérez returned to practice law, he became involved successfully in defending a client on a class action based on allegedly violating the Telephone Consumer Protection Act. He is currently advising a Fortune 500 CEO with contract procurement and business operations to revamp a US jurisdiction’s infrastructure. He is capitalizing on his extensive professional network in Miami and other locations to leverage the necessary resources for this company to expand its footprint.

Over the years, Mr. García-Pérez has collaborated closely with private sector and government senior-level stakeholders to achieve ambitious transformation goals, implement state-of-the art technological systems with a vision of the future, and, orchestrate innovative media outlets. His solid business acumen, together with his track-record as litigator and his cross-cultural savviness, enable him to identify untapped opportunities to best serve a client’s interests and needs.