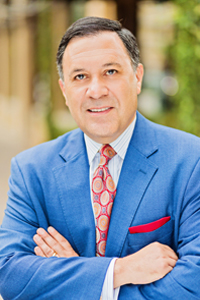 Mr. Peña devotes a substantial amount of his time to immigration and naturalization law. He and his staff are experienced in proceedings before USCIS, formally known as the U.S. Immigration and Naturalization Service, the U.S. Department of Labor and the U.S. Department of State. Mr. Peña’s expertise includes the preparation and presentation of applications for visas at U.S. Consulates abroad, visa petitions, and employment-based visas. In recent years, Mr. Peña obtained significant experience with the internal procedures required by the USCIS for establishing an Employer Sanction Program and has extensive experience putting companies in compliance with the current immigration/employment regulations, as well as negotiating on behalf of corporations with the USCIS/ICE on corporate violations. He also represents individuals in removal or deportation proceedings.

An accomplished speaker, he has lectured at various immigration and real estate seminars in the United States and throughout South America. He was honored in 1992-93 by being named to the Hispanic Business Magazine’s list of “The Top 100 Most Influential Hispanics in the United States.”