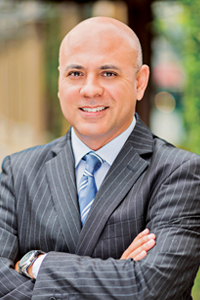 Fernando E. Rojas represents clients primarily in employment based immigrant and non-immigrant petitions such as H1-B’s, L-1’s, E-2’s, EB-1’s, as well as I-9 compliance, EB-5 investor visas, family based petitions, citizenship and asylum cases. Mr. Rojas has also represented immigrants in removal proceedings before the Immigration Court and the Board of Immigration Appeals primarily in the areas of asylum, criminal waivers and Cuban Adjustments.

Mr. Rojas is a 1992 graduate of Brown University where he attained his B.A. in International Relations. From 1992 to 1996, he was a Middle School and High School teacher in Providence, Rhode Island. Mr. Rojas graduated from Northwestern University School of Law in 1999, where he was awarded the Justice John Paul Stevens Public Interest Fellowship and was an Associate Comment and Note Editor of the Law Review. Mr. Rojas was named one of Minnesota’s “Up and Coming Attorney’s” in 2003.